I remember seeing these video globes at a museum once and I wondered how hard it would be to make one myself. I had the projectors, and I found a large spherical diffuser, and it just became a matter of figuring out a lens combination that would be wide enough FOV to cover the entire globe. I found a 180 degree converter lens that did just the trick. Once I had the projection surface covered, it was just a matter of calibrating the projector image to give me a corrected image across the globe. I did a little trigonometry and was able to come up with a warping that worked reasonably well. Not perfect but you can see the results below. 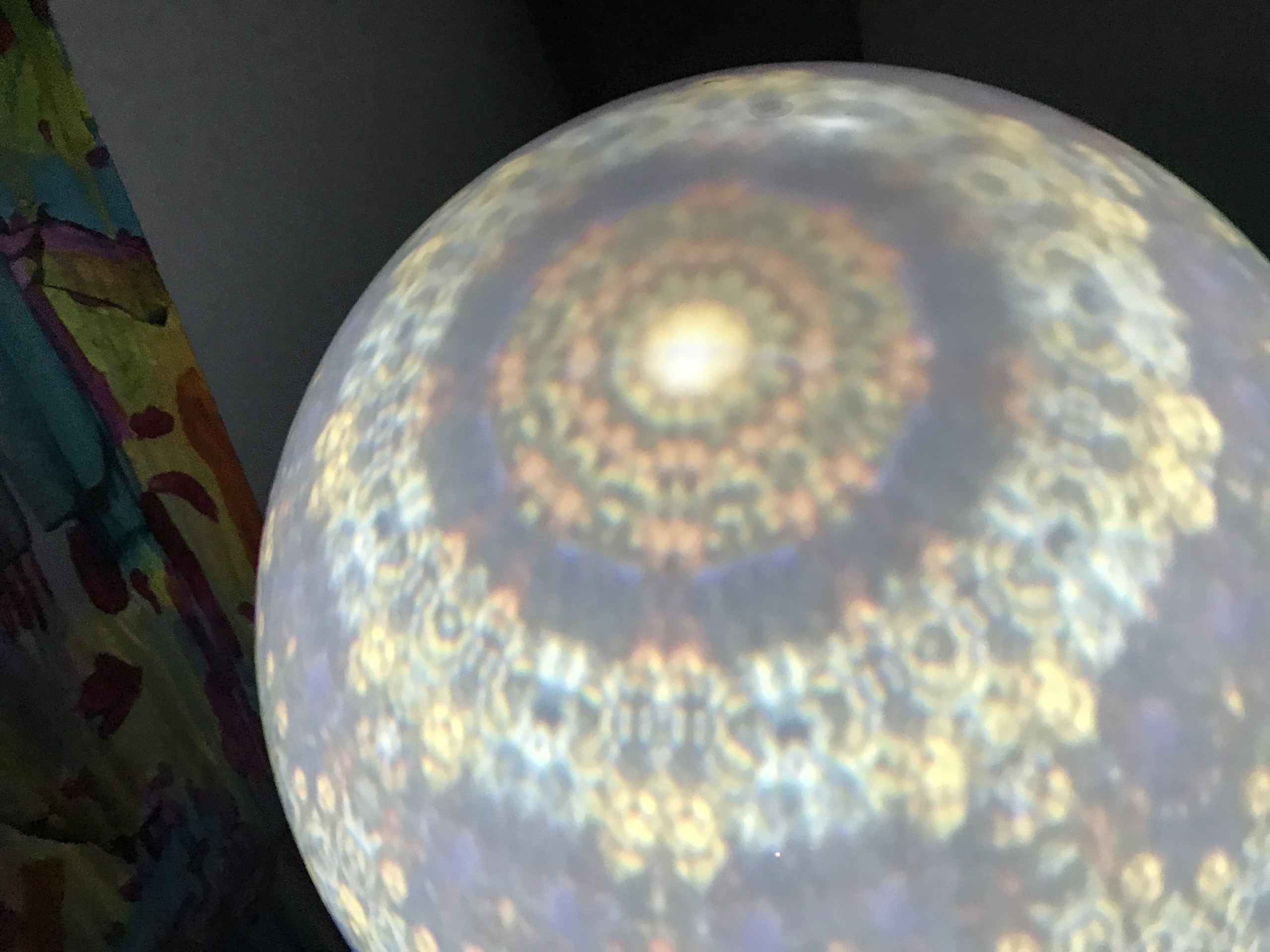 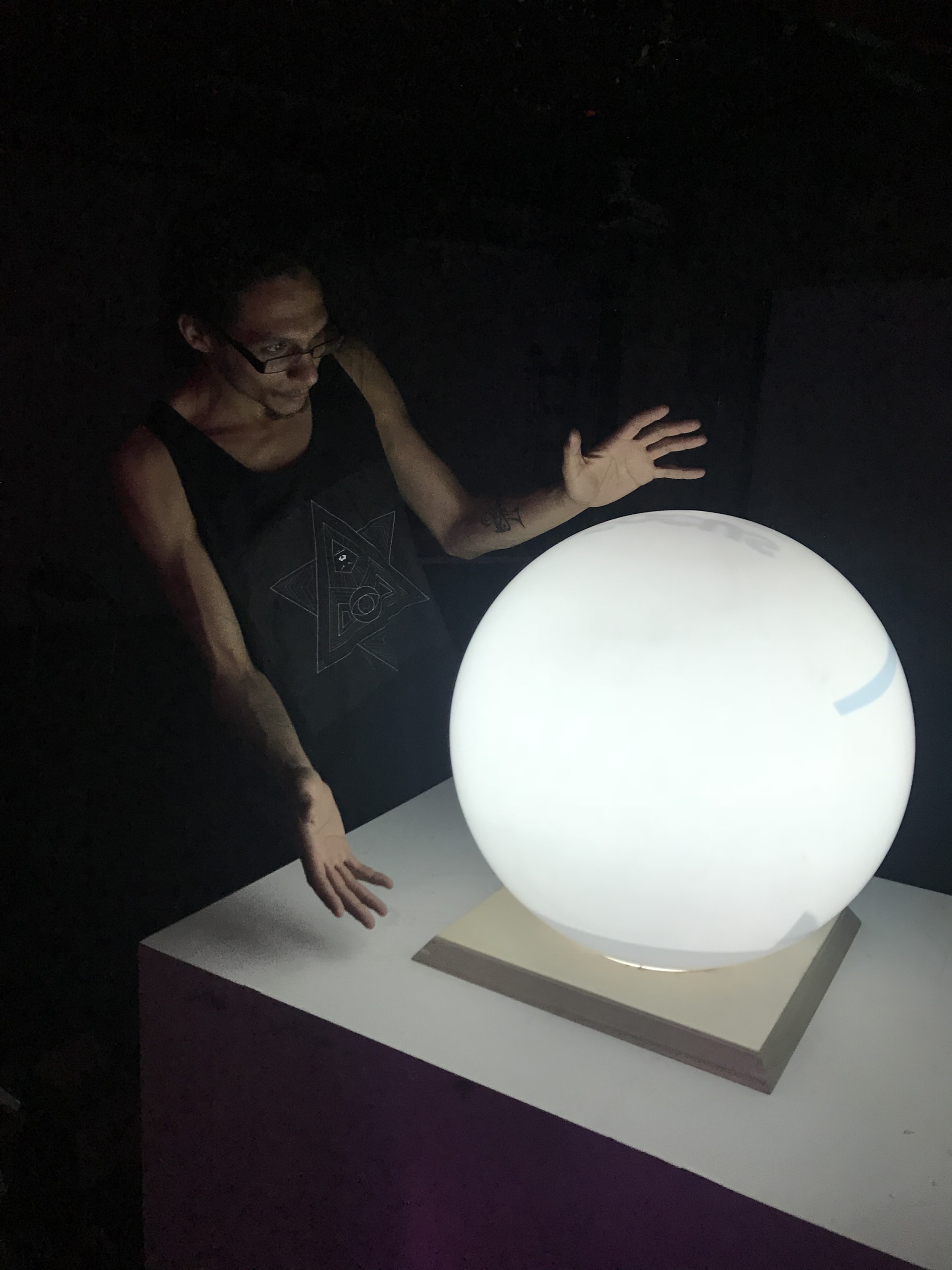 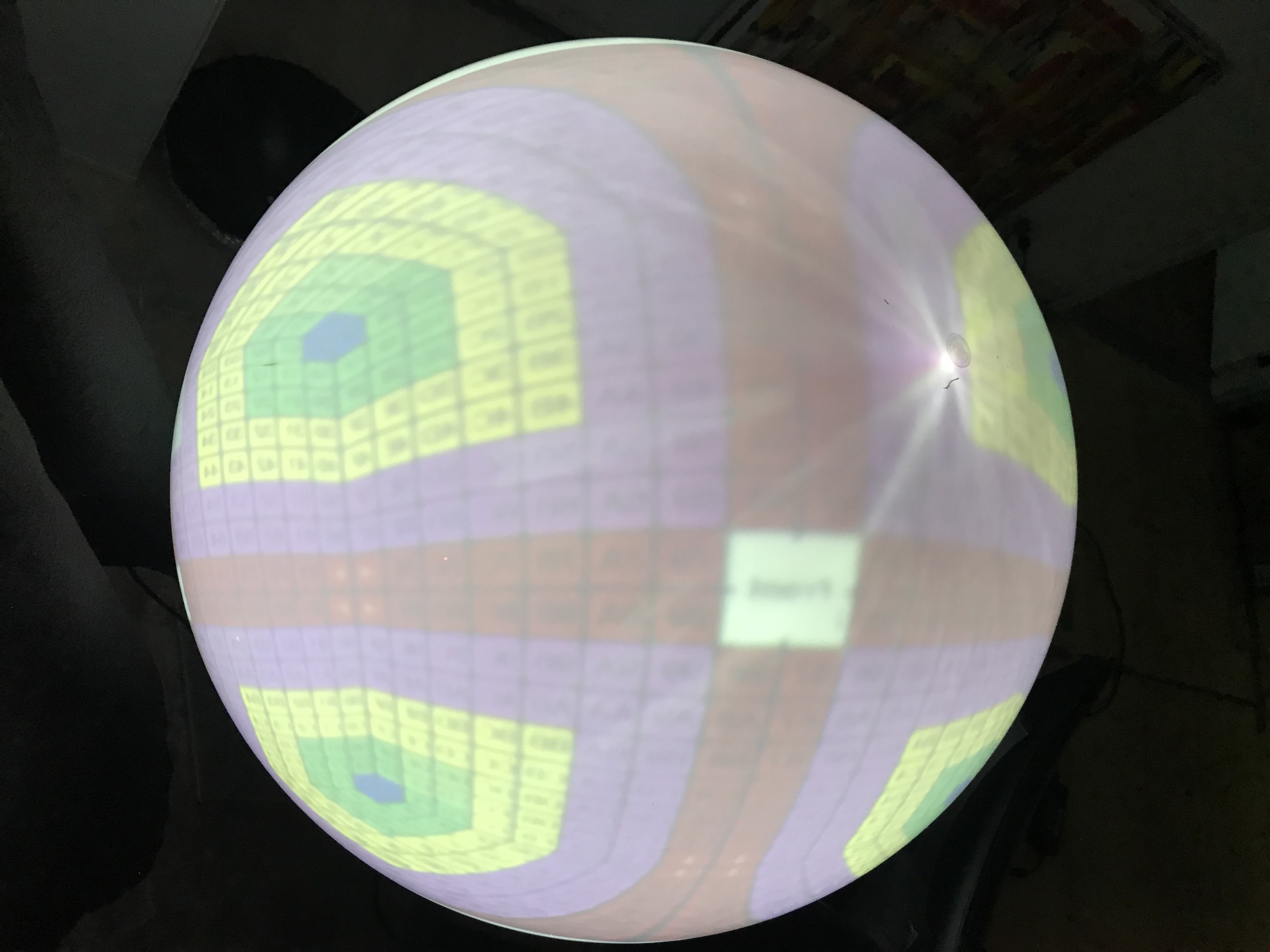 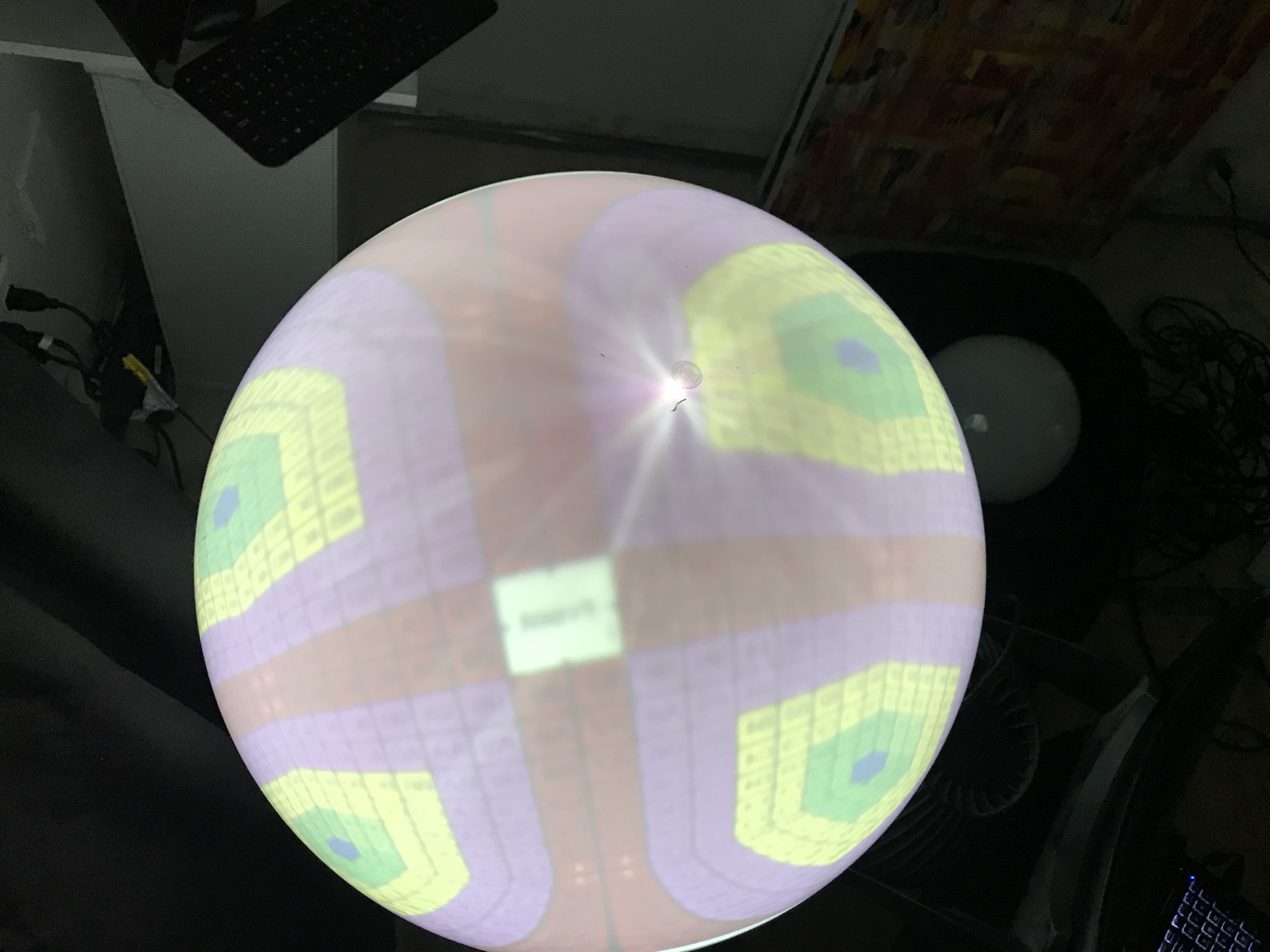 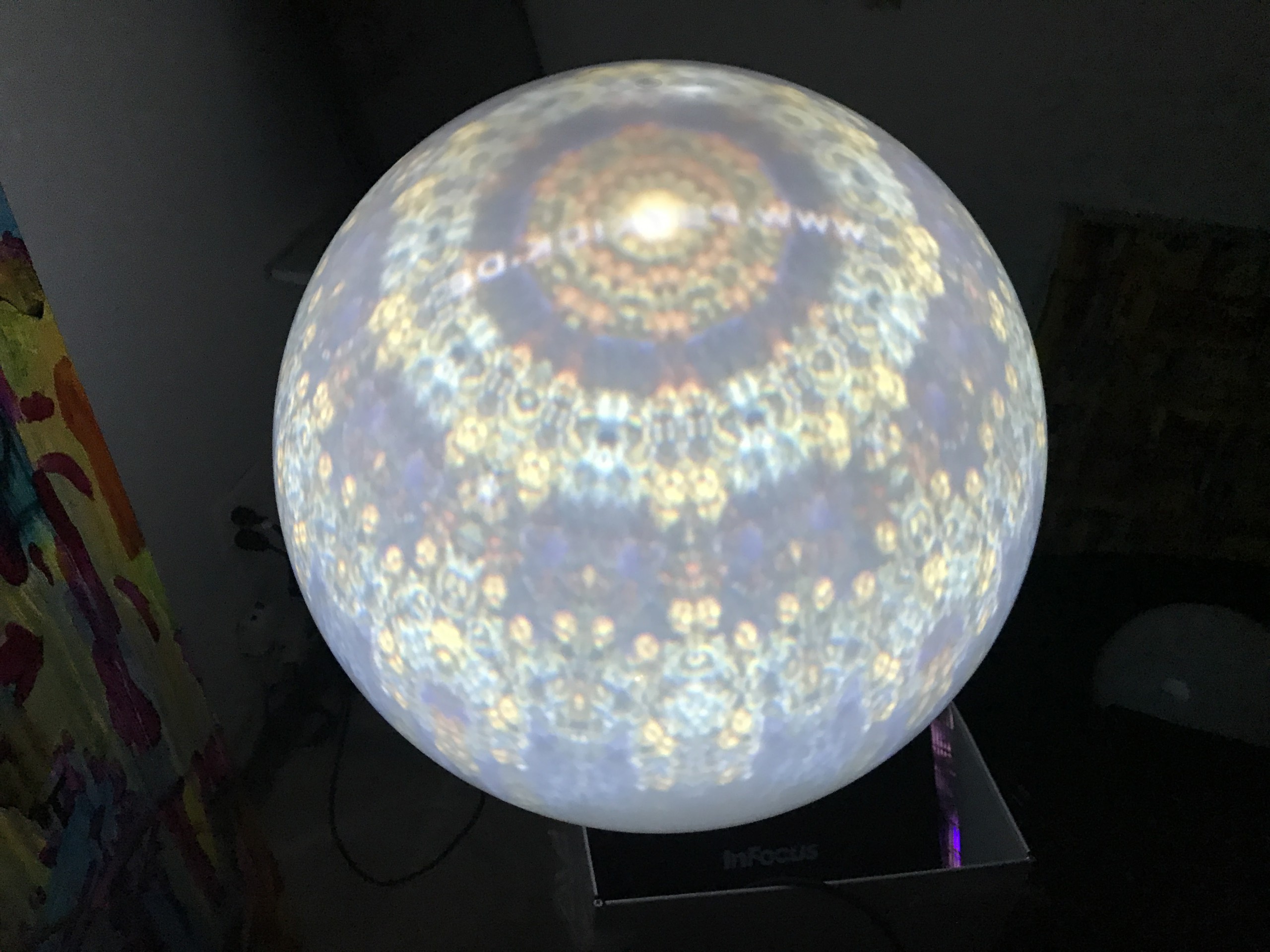